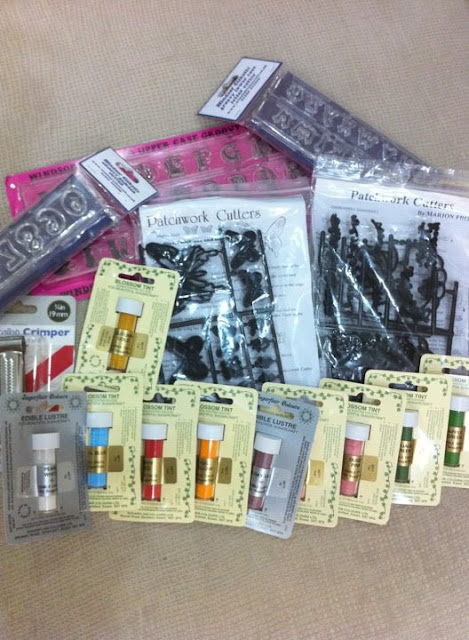 It's finally here! Our Home May'de Cakes Pre-order Online store.
Please click here to look at our cake decorating tools --->PRE-ORDER ONLINE STORE or click the button above. More items will be added from time to time so keep checking always or be a follower on our blog. To order, just send the list of items you want to homemaydecakes@gmail.com and we'll get right back to you with the quotation. All items are not inclusive of postage within Malaysia.
Happy Shopping!!
Posted by May M No comments: 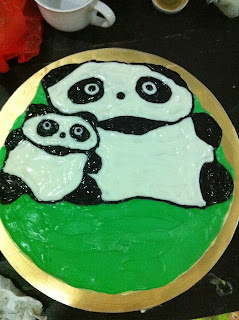 One of the cakes in this post is about an order by a customer ..a customized cartoon character the TARE PANDA..which literally means lazy panda. The challenging part was making this in fresh cream as I had to keep putting the cake in the fridge while decorating. The vividness of colours was created using a mix of fresh cream, colour paste and piping jelly. The piping jelly was really useful in stabilising the fresh cream so it would not melt easily.I used the piping gel transfer I learned from my Wilton method classes to recreate the character on the cake. The cake itself was the chocolate truffle recipe that I always use...the only down side is that once put in the fridge it got a little hard. I usually like to leave my cakes out but I had no choice because of  the fresh cream. 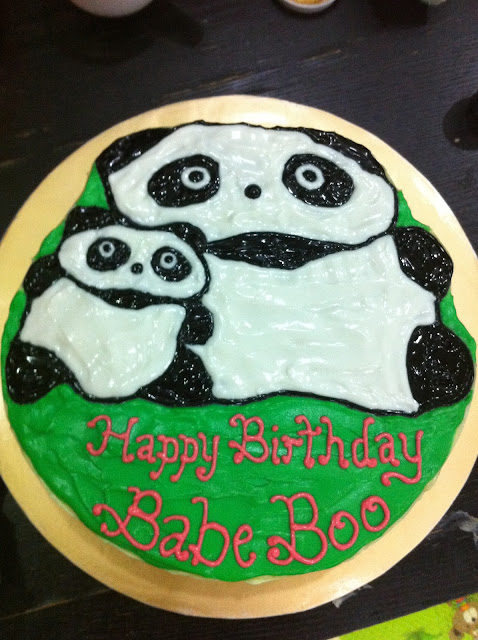 I thought it was kinda cute after piping out the birthday message...:) 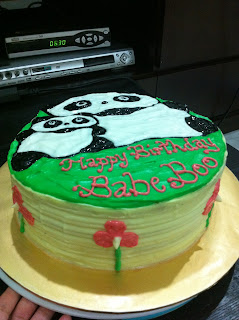 I then added some cute flower accents on the sides too. 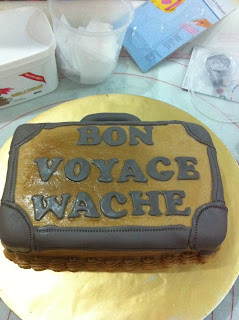 Another cake I did was a last minute one actually.. I just decided to bake a coffee cake in the shape of a suitcase for a friend who was leaving soon. Its was simple and nothing fancy but was fun to make. The effect was an aging suitcase with the words Bon Voyage on it.. It was decorated mostly with buttercream with some fondant on it. It wasn't the most elegant cake but I thought it suited a guy's taste. Rustic perhaps? 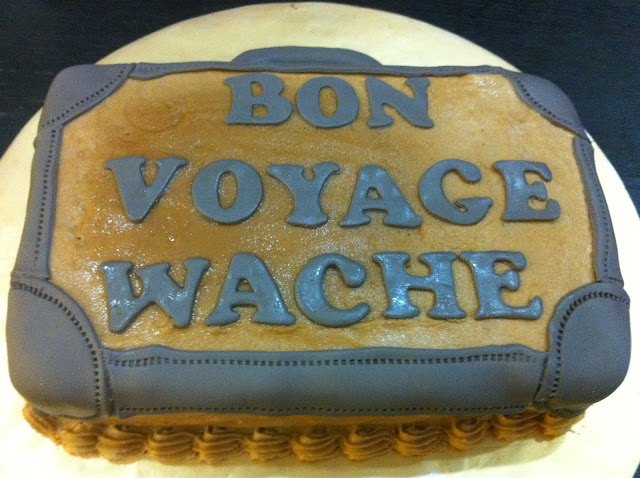 I did some shell borders on the bottom too. 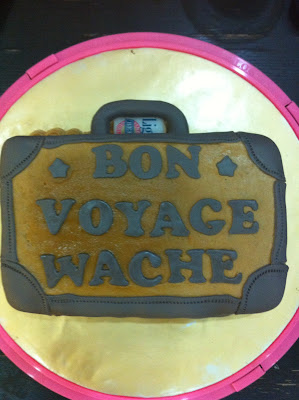 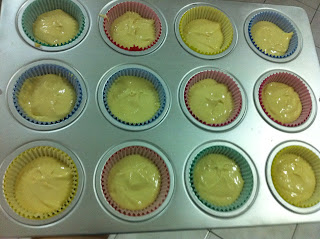 Next up are these wonderful lemon cupcakes..I took the recipe from here Lemon Cupcake Recipe. 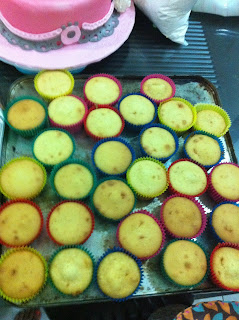 I followed the recipe to the T and they turned out beautifully. 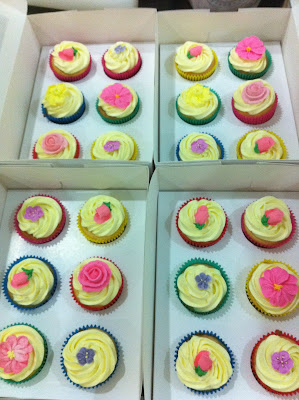 I decorated them using my premade royal icing flowers and swirled on the buttercream using my 1M tip. I then packed them all in cupcake boxes ready to be brought back to KK for my family during my recent vacation. 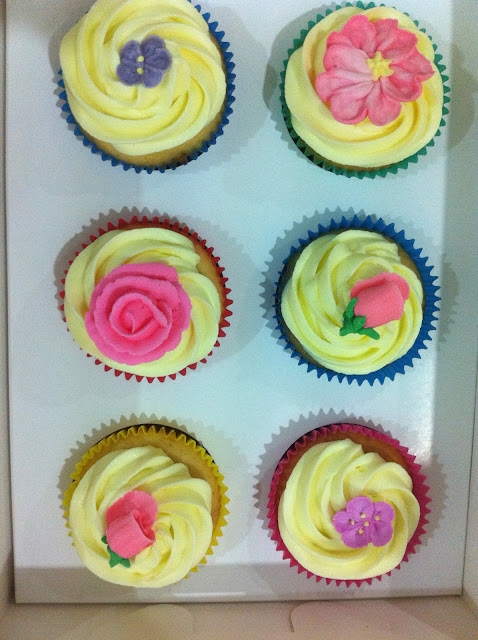 Lastly a close up of these lemony beauties....yummmm.....

Posted by May M No comments: